To launch Netflix in Australia, we needed an idea as entertaining as Netflix itself.

So we paid Ricky Gervais to not make an ad.

Within two weeks, it broke the record for the fastest branded video to hit 4 Million views in Australian Facebook history.

It was the most successful piece of branded content Google has ever seen.

Interest level in the anti-ad was 6x higher than any previous TV campaign Optus had run, resulting in 165% lift in searches for ‘Optus.’

It was in the top 5 global ads on Adweek and Faster CoCreate, and ran its entirety on ‘Ellen.’

The ad also won a shedload of awards, including a Cannes Lion and Gold LIA. 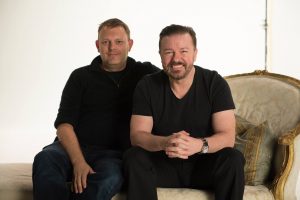